When you think of Bootea, the first thing that comes to mind is glamourous celebrity endorsements and images of smiling, fit young women holding up their tea with a huge smile on their face. But does it really live up to the hype? I decided to find out, and at the end of December ordered myself a 28 day Bootea teatox, ready to use throughout January.

Bootea is one of the many ‘teatox’ brands, which are essentially supposed to be a natural aid to weight loss, when used in conjunction with a healthy diet. The 28 day teatox consists of 28 morning teabags (one for each day) and 14 bedtime teabags (one for every other night).

The first thing I’m going to mention is the taste, as I think this is something a lot of people worry about before buying the product. Personally, I didn’t mind it at all. Don’t get me wrong, it wasn’t completely my cup of tea (no pun intended), but it wasn’t unpleasant. The morning tea is really just a green tea with some added ingredients, which make it taste a bit more ‘perfume-y’ if that makes sense. The bedtime tea just tastes like normal peppermint tea; this was my least favourite of the two but I think that was just personal taste. My only real complaint would be that there was always little bits of leaves left at the bottom of the cup, which made drinking the last bit quite unpleasant.

I will admit I was apprehensive at the start, as I’d heard a few horror stories – but I’d also heard a lot of people rave about it, so I decided that the potential benefits outweighed the risks. I took my before pictures and got started. Luckily, I didn’t experience any terrible side-effects, but I did seem to be getting a lot more stomach cramps – usually at night. I am really prone to stomach aches anyway, but I’m convinced this was a result of the teatox. If I’m honest, at one point (near the 14 day mark) I did consider stopping because of this, so at times it was quite a significant issue. However, I pushed on and decided I would see it though to the end, mainly because I didn’t want to waste my money! In myself, I didn’t notice a huge difference as I went along – some days I felt energetic and less bloated and then the next it would be the other way round.

Although it had not been a bad experience, I was glad to see the end of the teatox at the beginning of this week; mainly because I was looking forward to having my cup of Yorkshire tea in the morning again! The day after my last cup of bootea, I took my after pictures. It was only then I noticed the difference this month had made, and I was definitely pleasantly surprised! Below is my before and after pictures; the left hand side is before, and the right hand side after. The results I’ve achieved are from a combination of the teatox, 2 litres of water per day, no alcohol and exercising 4 times a week. I’ve also improved my diet slightly, using recipes from Joe Wicks’ ‘Lean in 15: The Shape plan’ book for a lot of my meals. Don’t get me wrong, I’ve not been eating amazingly or anything, just made a few healthier choices.

My final verdict would be that I feel neutral about Bootea. Granted, I am really happy with my results, but I’m not entirely convinced the teatox made a huge difference. I think the water and exercise are mainly to thank, however I do think the Bootea has sped up the toning process and I’m definitely glad I gave it a try. If you have any questions, don’t be afraid to ask! 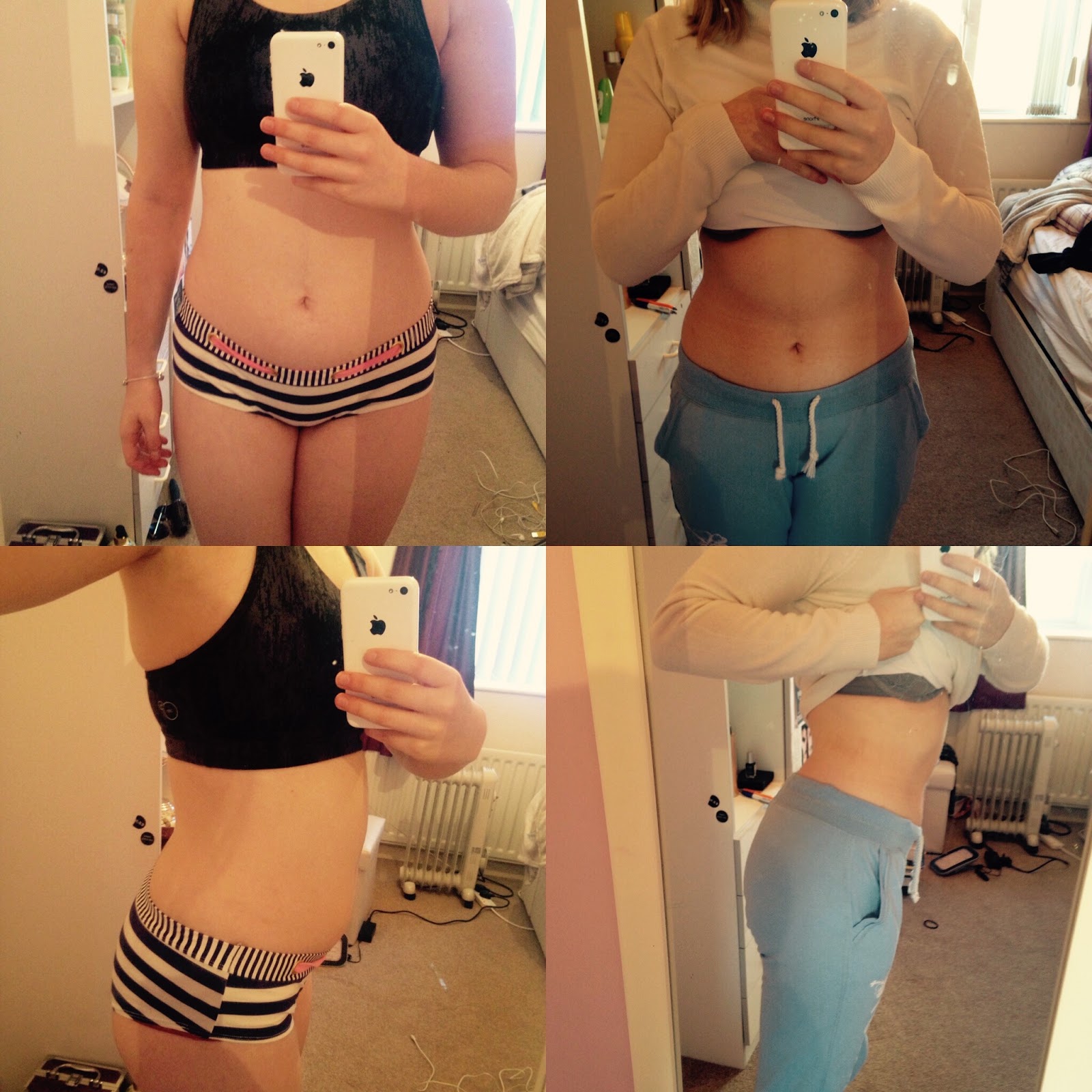