Anyone who follows my private Twitter is probably aware of my fascination with the unconscious mind, and the people who know me in person will definitely be used to hearing about my dream adventures, which are imaginative to say the least. My interest in this area of psychology was deepened when I was prescribed a medication which seems to cause me to have very vivid dreams. I always have at least 1 memorable dream each night, but sometimes even 2 or 3. Since being very young, my mind has been quite strange in regards to sleep; my family have told me stories of how I used to have night terrors as a child, often sitting up and staring into the corner of the room in my sleep (sounds like something from Paranormal Activity, I know). I’ve also been known to partake in a bit of sleepwalking/talking every now and then. For as long as I can remember, I’ve regularly experienced false awakenings, and on a few occasions, sleep paralysis. Unfortunately these are part of the darker side of the dream world. I thought it might be interesting to share my experiences of these, and see if anyone has had anything similar happen to them.

False awakenings are pretty much self-explanatory. They occur when you feel as though you’ve woken up, but are actually still asleep and dreaming. There are 2 types of false awakening. Type 1 is the most common of the 2 and occurs when you ‘wake up’ and feel as though everything is normal. You may get out of bed, brush your teeth, have breakfast and get dressed, but in reality you’re still in your bed asleep. Although certain things may not be completely ‘normal’, you won’t really notice and will genuinely believe that you’re awake and in your usual surroundings. A type 2 false awakening is less common and more distressing, as you will ‘wake up’ and sense that something is wrong, without being able to pinpoint exactly what. The dream will have an atmosphere of suspense, which is particularly frightening because you genuinely believe you’re awake. Sometimes a person will ‘wake up’ seemingly normally, and a feeling of tension, and an awareness of something not being right will gradually creep up, eventually causing them to awaken in a stressed state[1]. This is the sort of false awakening I usually experience. When I was younger, I used to get the same false awakening very regularly. I would ‘wake up’ in my bed, and everything seemed normal. I would then get up and walk over to the light, but when I went to switch it on an overwhelming sense of dread would consume me. This was heightened as I pressed the switch and the light did not turn on. At this point I suddenly became aware that I was in the same distressing false awakening I’d experience before, which would cause me to panic further. At this point I would collapse and feel like I was being ‘swallowed up’ by the floor, before waking up in a very distressed state with my heart racing. More recently I’ve started having a false awakening which varies slightly each time, but has the same basis. I will ‘wake up’ in my bed and immediately feel a very sinister atmosphere, and will attempt to get to my parent’s room. I will sort of be aware by this point that I’m dreaming, but will be unable to wake myself up. My muddled brain somehow thinks that if I get to my parents room I can ask them to wake me up. However, of course even if I could get there, they wouldn’t be able to wake me up because in reality I’d still be asleep in my bed. In the dream/false-awakening, I try to get out of bed but end up falling to the floor, and then start trying to crawl out of the room, but I only seem to be flailing around on the spot. Usually at this point some sort of scary thing starts happening in my room and I can’t get out. I then sometimes seem to get back in bed and go back to sleep, only for the same thing to happen again. Then when I wake up from this other dream, I’m actually only back in the first dream. This experience is especially scary because there can be loads of ‘layers’ of dreams (dreams within dreams within dreams), and it’s difficult to tell when I have actually woken up in real life.

The most useful mechanism I’ve found as far as avoiding false awakenings is to do ‘reality checks’ regularly – both when dreaming and in real life, so it naturally becomes easier to distinguish between the two. Eventually it will become second nature and you will find yourself automatically doing them during the false awakenings, making it easier for you to realise that you aren’t actually awake. Useful reality checks include:

Once you’ve used reality checks and established that you are dreaming, you can either attempt to wake yourself up, or if you’re feeling adventurous wander into the world of lucid dreaming. Personally I’ve only managed to do this once, as the shock of realising you’re dreaming is usually enough to wake you up.

Sleep paralysis essentially happens when your mind wakes up, but your body doesn’t. When our body enters deep REM sleep, the body becomes paralysed and usually when we wake up, this obviously stops. However, during sleep paralysis, we seemingly wake up as normal, but the body is still in this paralysed state. I’m no expert but from what I’ve gathered, this is essentially what causes it (in simple terms).  To add to the stress of being unable to move, many people suffer hallucinations whilst in sleep paralysis, sensing or seeing an evil presence in the room. Sleep paralysis is something I’ve experienced a few times, but the most recent time was the worst as it lasted significantly longer.

My first few experiences of sleep paralysis are quite distant in my memory. When I was a kid I used to sleep with my bedroom door open with a view onto the landing and the top of the stairs. I remember once waking up and seeing a witch running down the landing and to the top of the stairs, before turning round, looking at me and then running round the corner and down the stairs. I can’t remember whether I could move or not because it was very brief, but as an ‘old hag’ or a ‘witch’ is a common hallucination associated with sleep paralysis, I think it may have been sleep paralysis. There have been various other occasions where I have woken up laid on my side, completely unable to move and heard a loud whispering from right behind me, in my ear. I can’t remember exactly what the whispering said, but nonetheless it was pretty scary. The last time I had sleep paralysis was much more recently, and after a night out, so it was probably induced by alcohol. I believe it was actually a mixture between a false awakening and sleep paralysis. I’d been having a really intense nightmare which I kept waking up from and then going back into, and then on one of these occasions I thought I would check my phone when I ‘woke up’ to distract me from the nightmare and hopefully stop me from falling back into it. So I woke up, reached down for my phone, but when I looked at it there was just a jumble of letters on the screen. It felt very real but because I was unable to read (as mentioned above) it was probably a false awakening. I then laid back on my bed and not long after I woke up for real, but I couldn’t move at all (except for my eyes). I then saw my Mam come into my room and I sensed that she knew something was wrong. She then lent over me and started shaking my shoulders, trying to get me out of whatever state I was in. Then to my horror, her face morphed into the face of a demon which continued to shake me. This carried on for a good while, the face morphing between the face of my Mam, and that of the demon, until my body eventually woke up. It was hands down one the most terrifying moments of my life, and afterwards I was so confused and scared to go to sleep for weeks. I eventually realised that my Mam had never even been into my room that morning, so the whole thing was a hallucination which accompanied the sleep paralysis, despite it feeling so real.

Luckily, since that last time, I’ve learnt a few little tricks to get myself out of sleep paralysis. I think the strategies on this site http://dreamstudies.org/2010/04/29/9-ways-to-wake-up-from-sleep-paralysis/ are the most useful and seem to get the best results, however I myself have only used them to get out of nightmares so far, rather than sleep paralysis. If you ever find yourself in sleep paralysis, I think the most important thing to remember is not to panic. Remember that however scary it is, it’s essentially harmless, and it will always end however much it may not feel that way.

Wow, this has been quite a long post! One last quick thing I’d like to add is that if you’re as interested in the world of sleep as me I would highly recommend the app ‘Dream Moods’. You can basically use it to type in different things you see or do in your dreams and it interprets them for you. I really believe in dream interpretation, and consulting with my unconscious has actually helped me figure out some pretty tough situations before. It’s amazing how much is actually on the app – even the most obscure things! I would say it’s definitely worth a try; I use it every day without fail as soon as I wake up! 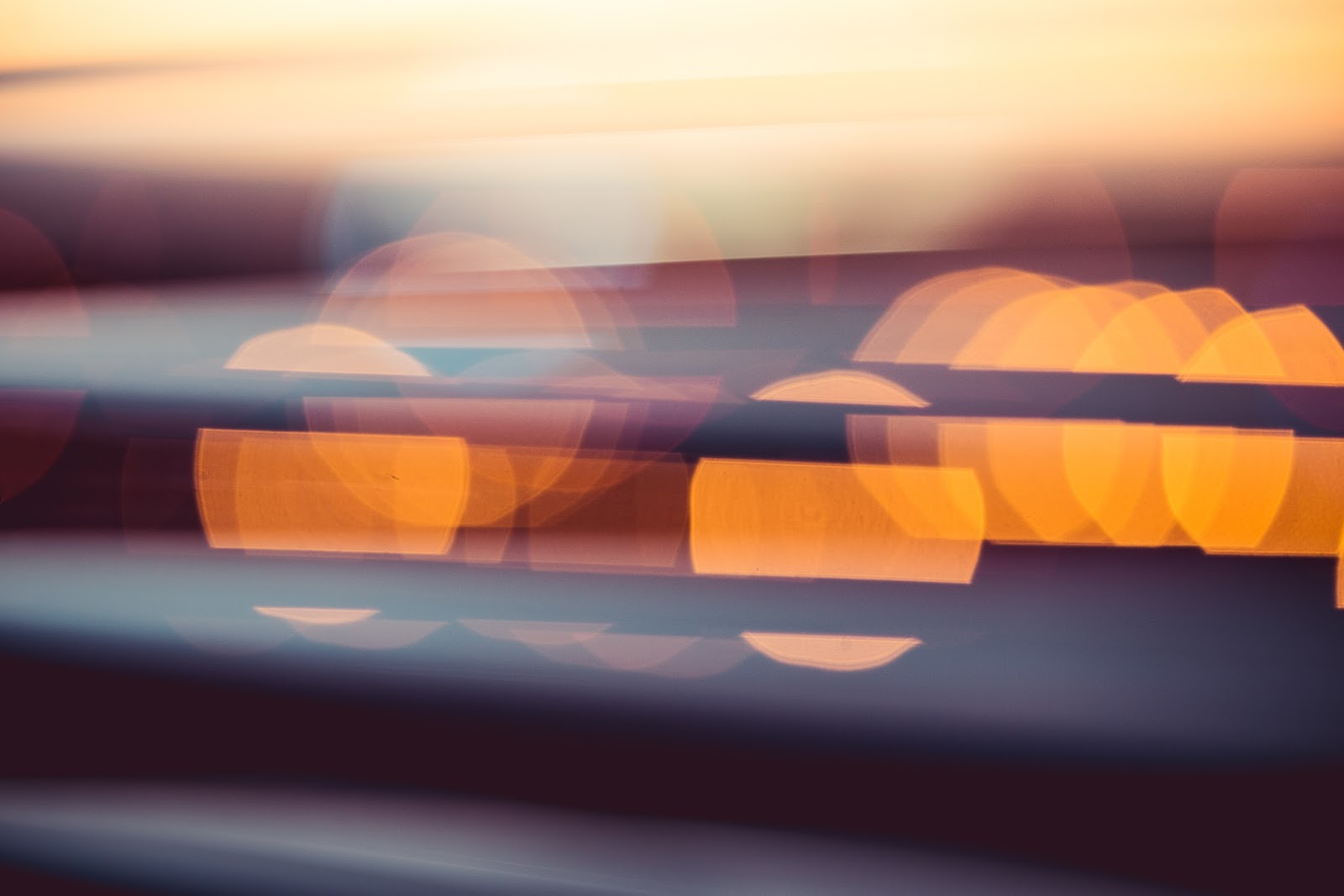 Facebook
Bloglovin
Pinterest
TikTok
LinkedIn
Email
elisemai
Fiverr
Seller
21-year-old student from North Yorkshire/Derby, UK. I set up my health and lifestyle blog Evolve with Elise back in 2017, and have published over 80 posts since launching. Regular topics include fitness, mental health and university life. I have completed the first year of a Magazine Journalism degree, in which I studied feature and news writing, audio and visual journalism, blogging including the use of multimedia elements, magazine design and photography.